Just like any new language, when encountering Croatian for the first time, it can seem intimidating. Firstly, there seems to be an array of familiar letters that have combined with lines and strange little upside-down roofs. Secondly, when spoken it can sound quite aggressive. Thirdly, as it is a Slavic language, it has that reputation of being difficult, like Russian or Polish.

Well, we have good news for you if English is your mother-tongue or if you speak English as an additional language: Croatian is the easiest of all the Slavic languages to learn for English speakers!

PRONUNCIATION
The Croatian alphabet has 30 letters and doesn’t use the letters x, y, w or q. The letters that are in the English alphabet are pronounced in a similar, but “pure” way and, importantly, always with the same short sounds.

And that’s it – not that difficult so far….?

PHRASES
Croats love it when you try to speak their language as they are well aware it is not widespread or well-known outside of the Balkan region. A few words and phrases will get you a lot of goodwill. We recommend spending 10 mins practising these useful phrases. 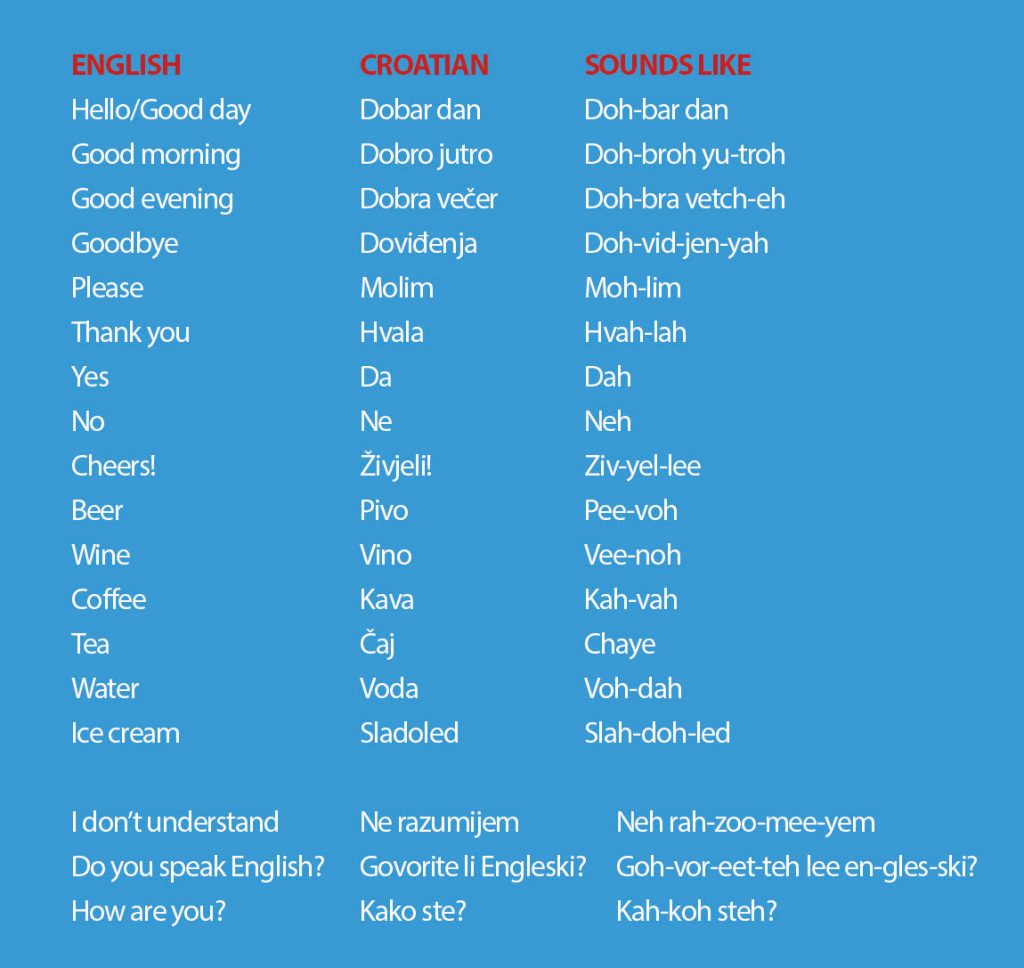 Don’t worry if you can’t speak any Croatian as the majority of Croats speak at least one other language. Around 80% are multilingual and out of that group, most of them are English speakers. The other two most popular foreign languages Croatians learn are German (hundreds of thousands of Croats live and work in Austria and Germany) and Italian, particularly around Istria.

So, no need to worry about the language barrier. Croats are here to assist you with their English anytime! 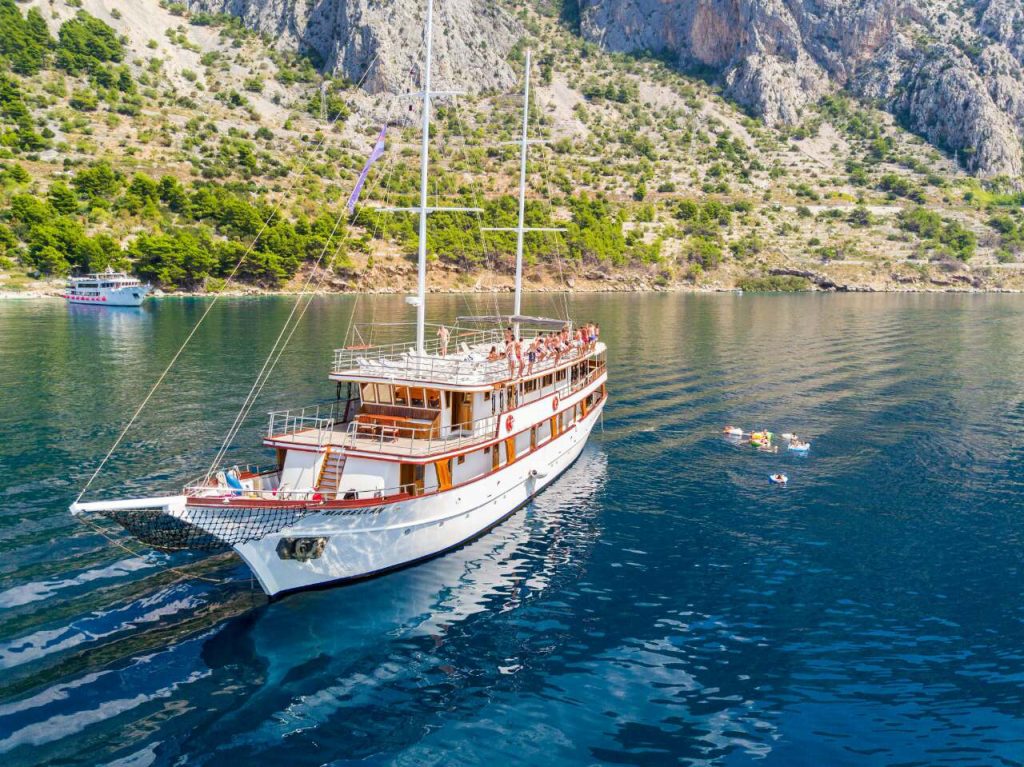 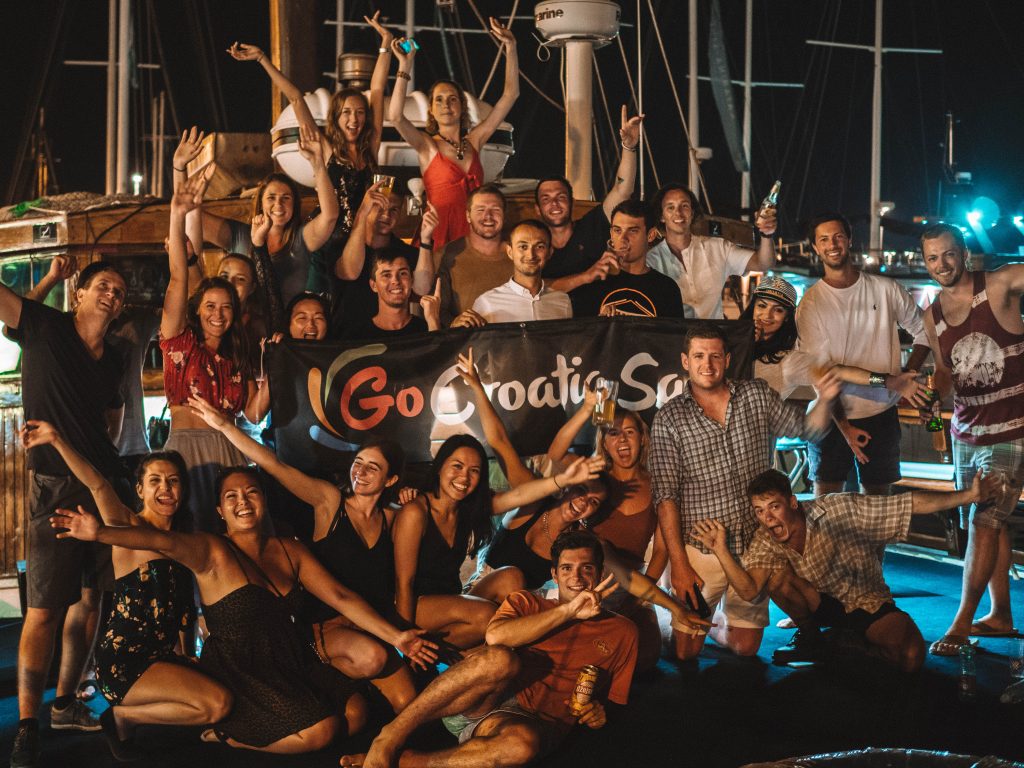