DAY ONE
Split to Makarska

Jump on board and meet your Captain, crew and shipmates! Check-in is from 11am to 12pm and we aim to depart Split for Brac Island at around 1pm and get the socialising started with lunch and a much-needed swim stop.
We dock into Makarska late in the afternoon, giving you time to go around the towns, grab a gelato and have dinner in one of the many restaurants, pizzerias and tavernas that line the promenades.

Makarska boasts one of the most amazing nights out on the Croatian coast: the famous CLUB DEEP, a cave club right on the sea, sometimes known as the “rave in a cave”. What a way to start the trip!

Dubrovnik is also the setting for the capital city of Westeros, Kings Landing, in Game of Thrones. If you are a fan, why not take a walking tour of the locations of the most famous scenes in the ultra-popular show and get an overview of the history of Dubrovnik at the same time? If you are not a GOT fan then we also have a dedicated Dubrovnik Historical Walk that focuses on the city’s non-fictional history.

There is plenty to see and do on your full day in Dubrovnik!

We recommend:
(1) Doing the awesome buggy tour – you are taken to Mount Srd to get a bird’s eye view of the Old City and Elaphite Isles before driving an off-road buggy around the mountain.
Unmissable!

(3) Dubrovnik is also the setting for the capital city of Westeros, Kings Landing, in Game of Thrones. If you are a fan, why not take a walking tour of the locations of the most famous scenes in the ultra-popular show and get an overview of the history of Dubrovnik at the same time? Or simply do the Historical Tour if GOT is not your thing?

Wish your shipmates a fond farewell, enjoy Dubrovnik and reflect on an incredible few days!

It’s goodbye to Dubrovnik and hello to more incredible scenery as we head to Korcula Island, which is said to be the birthplace of Marco Polo. The Old City (with the same name as the island) is another gem, with impressive Venetian architecture. Korcula hosts a small street party in the evening at the Deja Vu Bar, and the night can continue at the Jungle, outside the city.

Our final, full day starts with a swim stop at one of the many Pakleni Islands near Hvar and continues past Brac Island on the way to the biggest city on the Dalmatian coast: Split.
In the afternoon we dock back into Split, with enough time to take in some of the inspiring sights of this city, including Diocletian’s Palace, the iconic statue of Gregory of Nin and Bacvice Beach. Then, the evening is free for the FIRST NIGHT OF THE ULTRA FESTIVAL!

If you fancy something adventurous in the afternoon then we can also transfer you to Omis for a Rapid Rafting excursion on the River Cetina.

After breakfast it is time to say goodbye to your shipmates and crew. Check-out is by 9am.

Of course, the Ultra Festival continues over the weekend, so catch as much of it as you can! 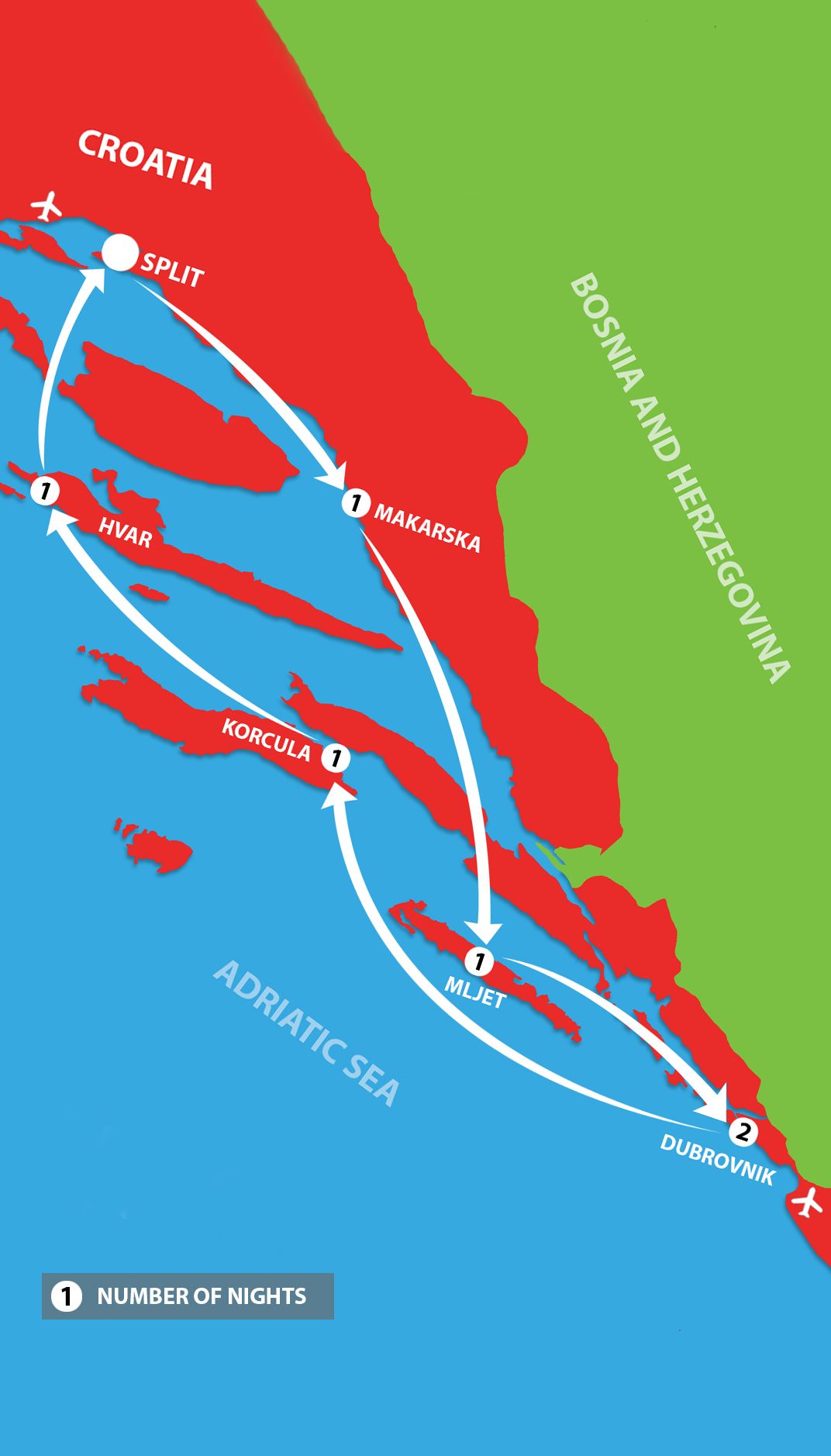 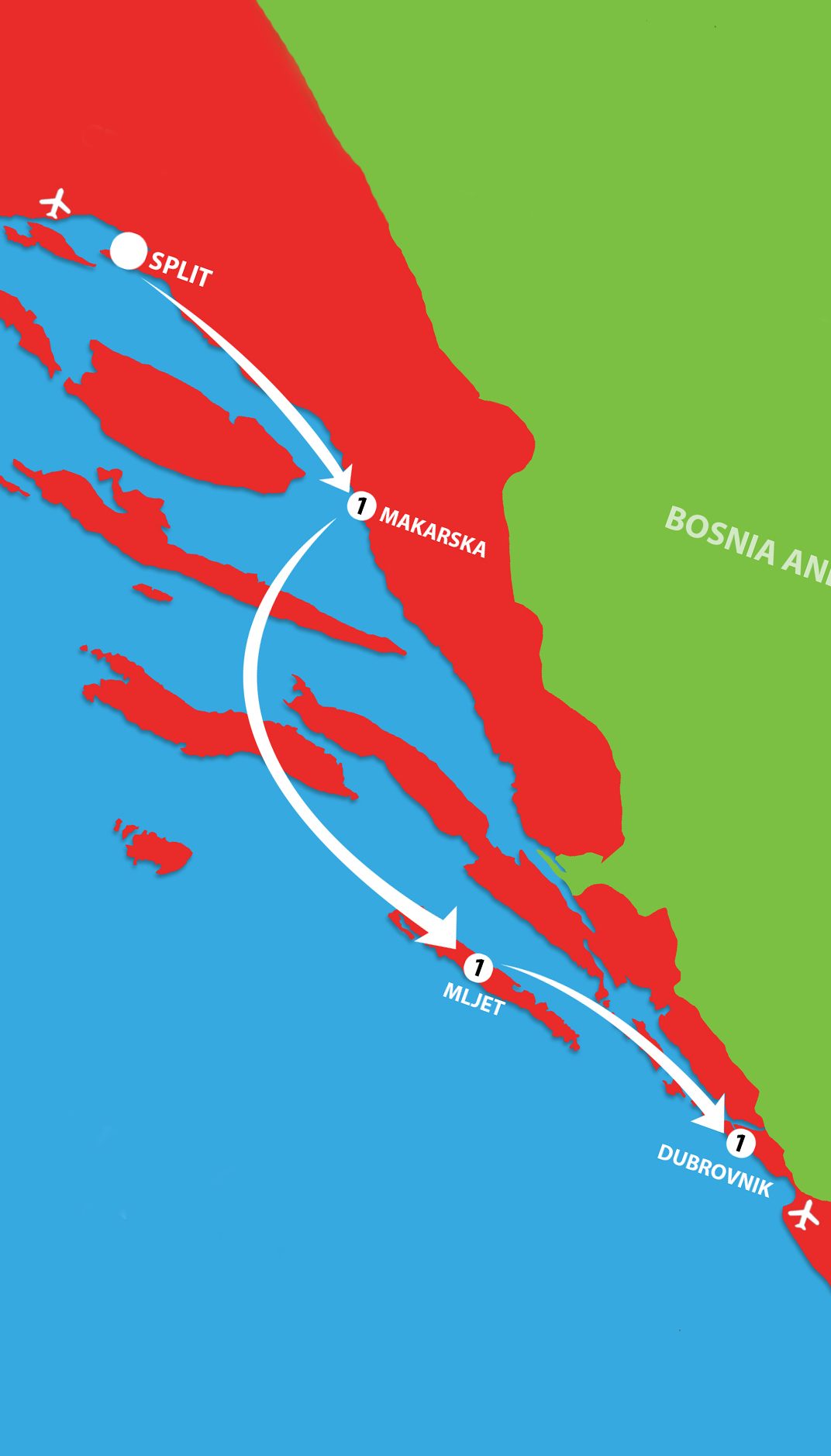